I have written on the blog before about the incredible power of the body burn stunt but today I will talk about another aspect of this dangerous spectacle and that is, how on earth does someone learn to do such an thing? Where does one go to get this knowledge, find the tools and a safe environment to learn and to practice the fine art of the body burn?  And, perhaps a better question might be why exactly would someone what to learn to light oneself completely on fire in the first place?

The truth of the matter is there is a very small portion of the population who thrive on pushing their physical bodies to the absolute limits of what is possible.  Usually these folks become things like professional athletes, wing suit base jumpers, demolition derby drivers, bronc riders…  and… quite often they end up as film and TV stunt performers. 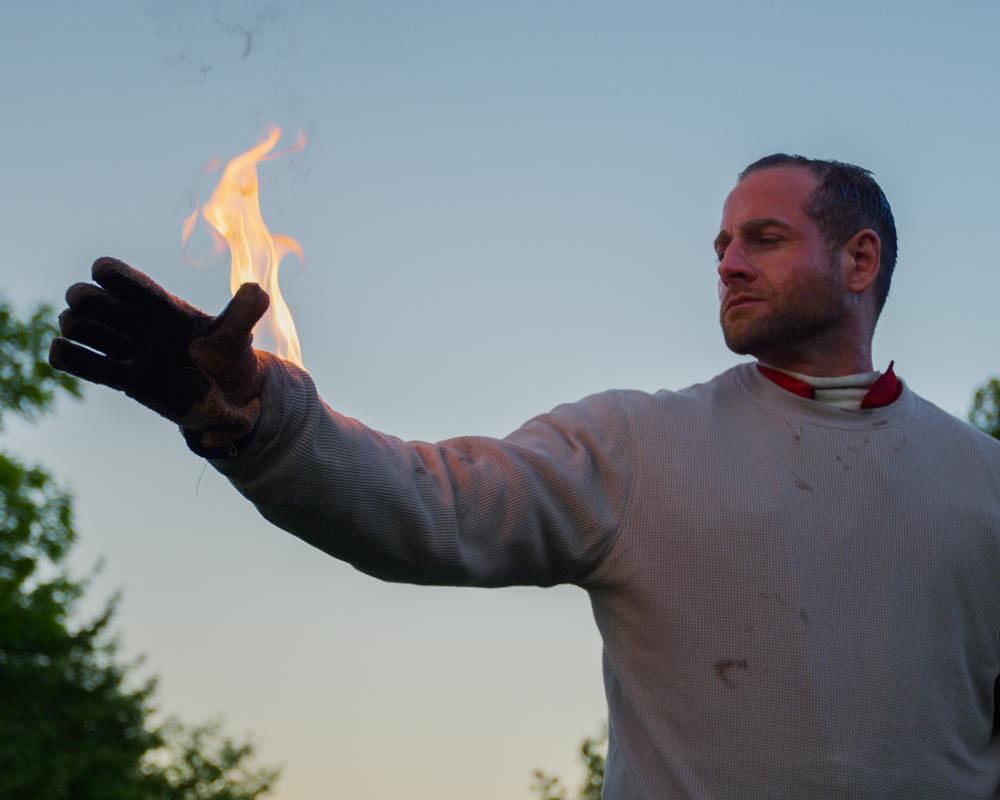 I think that the people who choose this path (or the path is chosen for them) are wired a little differently. They have a brain that can understand the danger in the sport or activity and still want to fully participate even though it could cause them seriously bodily injury.  They want to figure it out, break the activity down into its component pieces and learn how to mitigate the risk, or lower it to an acceptable level so that they can still perform the activity and notget hurt. These kinds of people want to master the stunt through and through and it is this practice and attention to detail that separates a run of the mill daredevil from a professional stunt performer. I know, I have this kind of brain!

WHAT IS THE SECOND WORST THING THAT COULD HAPPEN?

I have been performing body burn stunts for over twenty years now and I have the scars to prove it.  I was taught by a dear friend and learned, sometimes painfully so, through trial and error.  I have performed the full body burn stunt (self-immolation, human torch, whatever you want to call it) in many different countries and contexts.  I have set myself on fire on top of a 12-foot high unicycle, cruising down a ski hill on a snowboard and even ignited by flamethrowersand pyrotechnic effects and fireworks.  I have even performed ensemble fire burn stunts where one guy lights another and so on…  I have had some fun with it and felt it was time to pass some of this knowledge on so that others could possibly notget the same number of scars as I did and make the process better, safer and more effective as well. 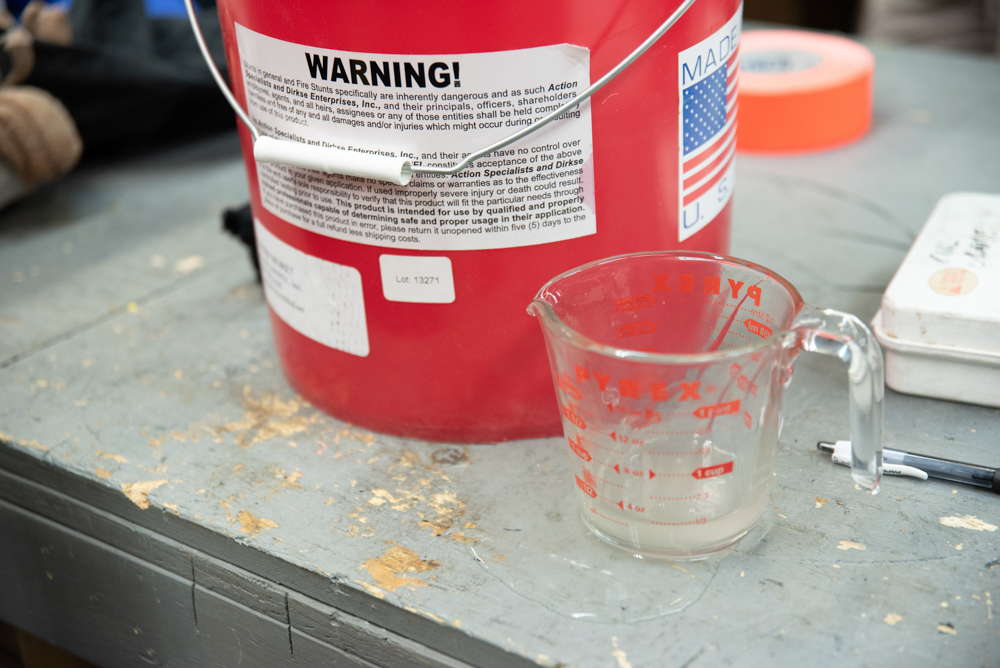 It was with all this in mind that me and my stunt and special FX company DangerBoy, recently hosted a very special, invite only body burn stunt workshop.  This was the very first time that I made this rare and seemingly esoteric knowledge available to a VERY select group of stunt professionals. 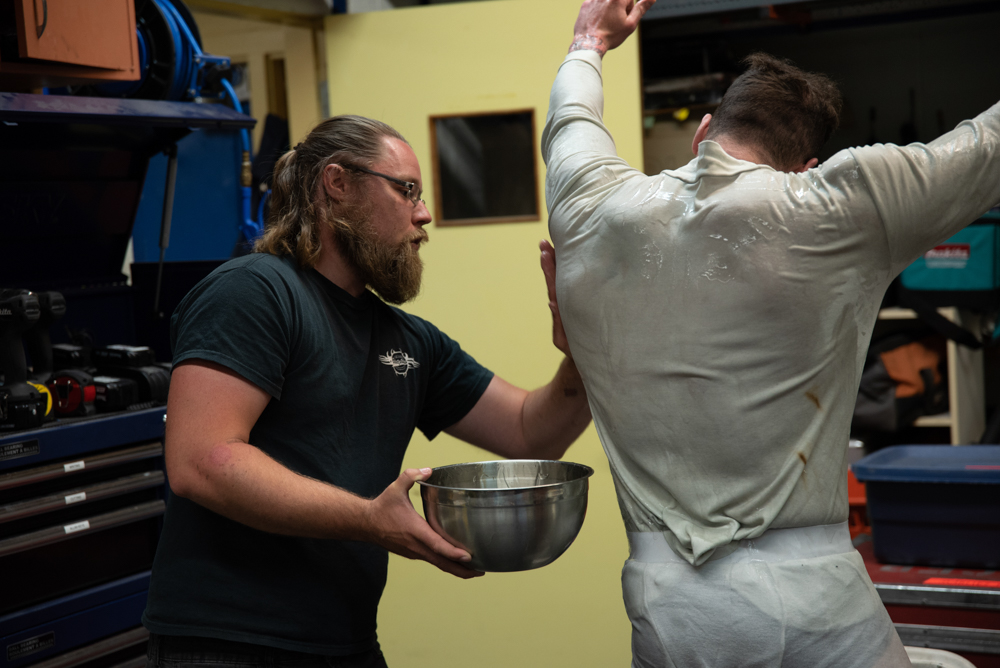 Folks in the stunt community had been asking me to pass on my knowledge of the body burn stunt for a while now and I was seriously torn about this.  On the one hand it is an incredible liability but I would also be enabling others to do something spectacularly dangerous as well as giving them the ability to do something that I get paid to do.  On the other hand, if these guys are at all like me, they are going to go out there and try to figure it out on their own and probably suffer a few painful consequences along the way.  Why not teach a good crew the right way, or at least my tried and true way of doing things? I come from the school of thought that knowledge should be shared among worthy people so that it can grow and everyone in the community can prosper.  If you try to hold on to things too tightly then no one wins.  Also, on a more selfish side, I am often in need of a well-trained stunt safety team and professional stunt performers who can do burn stunts well when I am not the right fit for the role or not available due to my schedule. 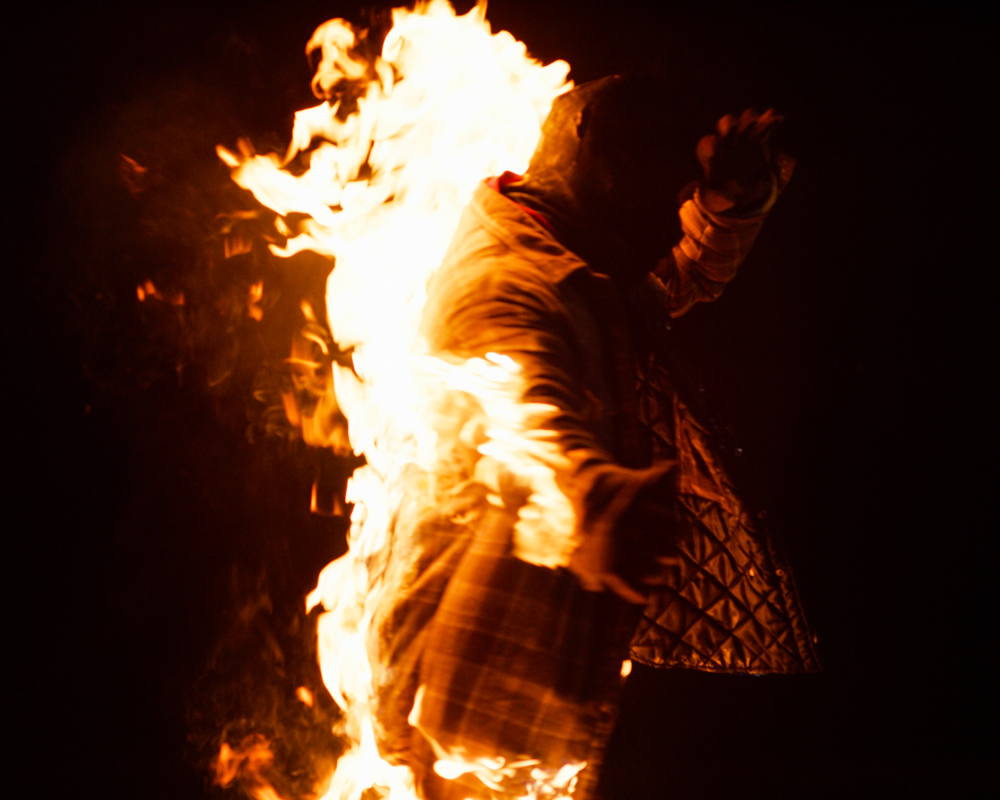 Another positive aspect to this workshop was that it was a very rare opportunity to perform multiple burns on a group of very professional stunt performers in a relatively short period of time.  We trained the performers and the fire safety teams and everyone got to perform each critical role.  This “workshop” environment proved to be a great opportunity for everyone, myself included, to learn more, improve our skills and safety procedures and have a lot of fiery fun along the way. 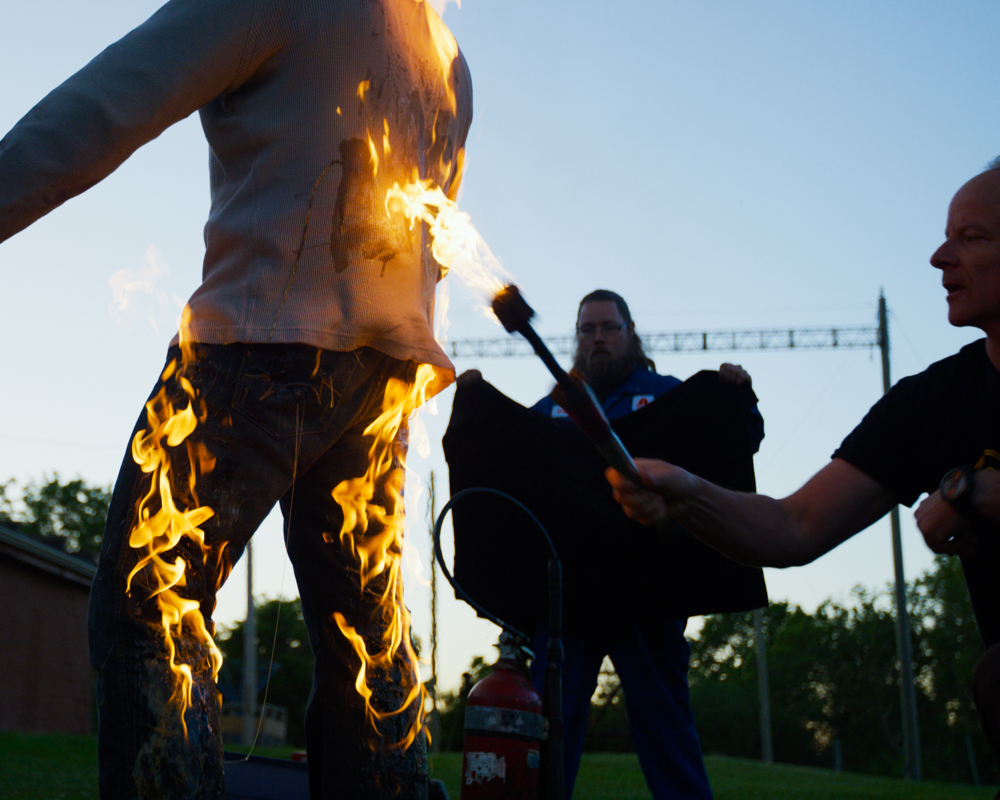 No, I’m not going to tell you how to do a full body burn stunt here on the internet or probably anywhere else for that matter.  I will tell you that it is possible to do a whole lot more you’re your body (and mind) than most folks think they can.

THESE ARE STUNT PROFESSIONALS – DO NOT ATTEMPT!

To find out how we can create impactful and original stunts to draw attention to your story contact us today.

At DangerBoy we offer full body burn stunts in a wide variety of environments and contexts. Everything from live shows to photoshoots as well as film and TV.  We also offer stunt coordination services and, in very rare instances, maybe even stunt training…