This past Monday the Danger Boy stunt team had the awesome opportunity to create a dramatic live stunt for the X-Box Call of Duty: Ghosts release in Toronto. The site was Yonge-Dundas Square, which was made up to look just like a military encampment with everything from real Humvee vehicles to training exercises, costumed performers with replica firearms and, of course, demos of the awesome new Call of Duty video game.

Danger Boy was asked to create stunt performance to fit in with this scene. Our client wanted something truly over the top so we went out and sourced a real ex-Canadian military Kiowa helicopter, and rigged it so that it could be hoisted 60’ in the air by an industrial crane. We then created a stunt scenario where the helicopter appeared to be “shot up” and catch fire while “flying” above the square. The two characters inside were forced to throw down ropes and rappel down to safety with the help of a “ground control” character waving signal flares.

Of course this whole scene was done with special effects magic, pyrotechnics, and our daredevil stunt rappellers. The whole thing was then made even more real with the live sound effects from our friend Mr. Ian Goodtimes. We performed the stunt twice just before midnight, and it had a huge impact on the crowd of eager gamers who all seemed to appreciate seeing the action of their favorite game come to life right before their eyes.

Yes, it was another awesome day at work! 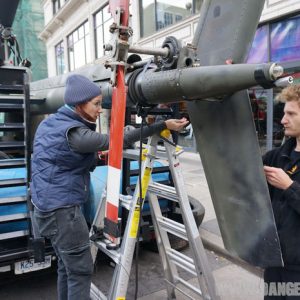 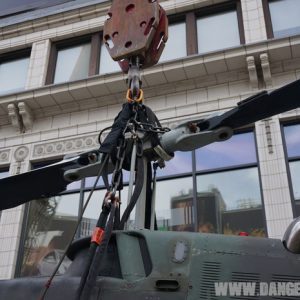 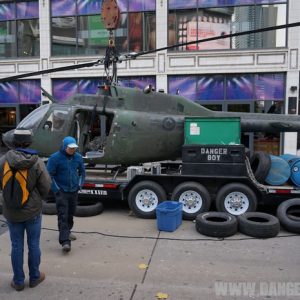 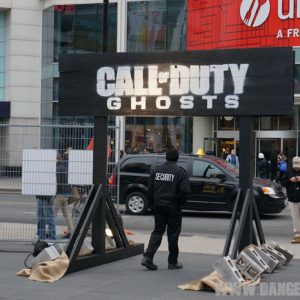 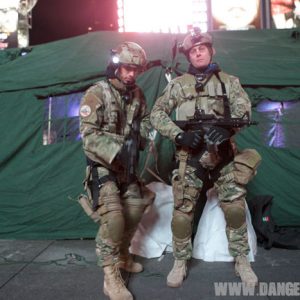 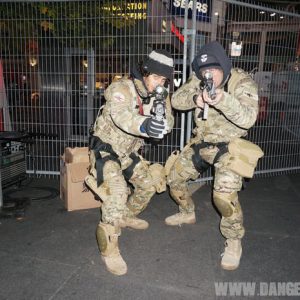 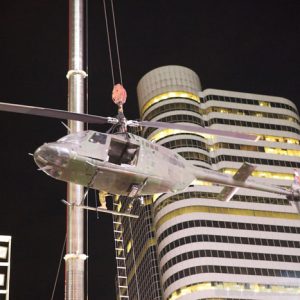 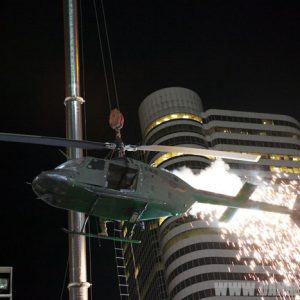 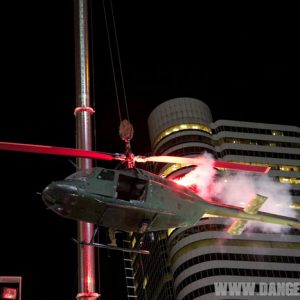 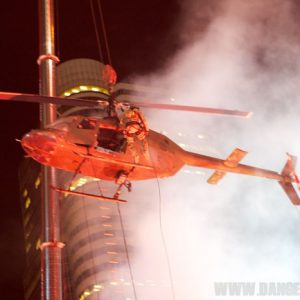 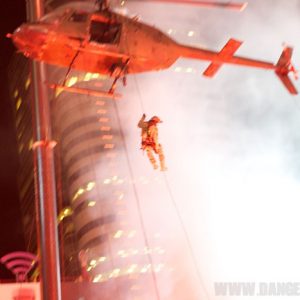 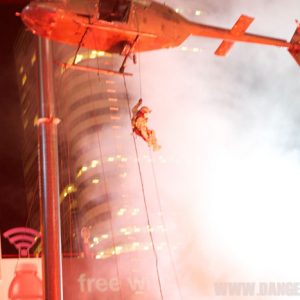 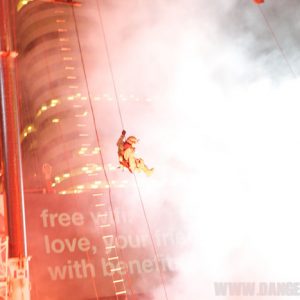 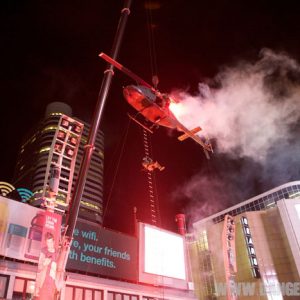 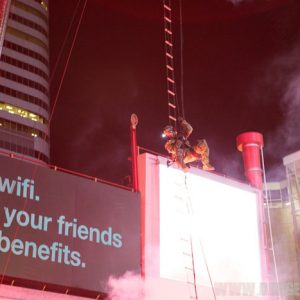 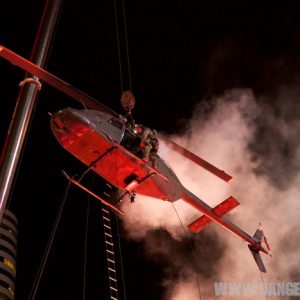 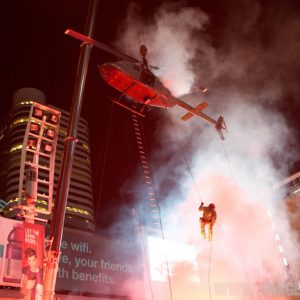 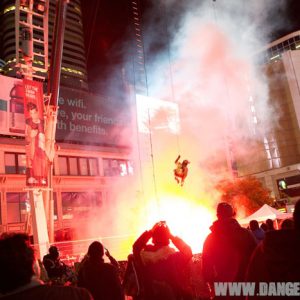 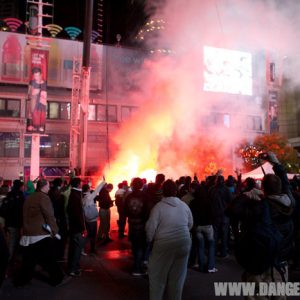 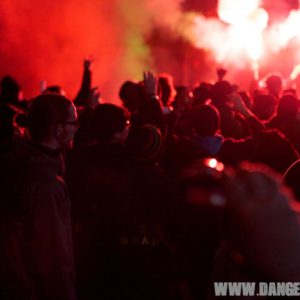