In this case we had a corporate night club client in downtown Toronto who wanted to celebrate a big event so they asked us to create something extra special.  We came up with a flaming set piece idea where their dance floor would literally be lit on fire spelling out the name of the club (flaming set piece).  We created large 4’ high, laser cut metal letters to create a fire proof surface that stood just above the dance floor.  We then covered the letters with a special smoke free alcohol gel fuel and lit them up!  The club was perfectly laid out for this effect as the dance floor is a lowered area with natural security perimeter. This meant the audience looked down on the effect.  It was awesome.  Here are some pictures. 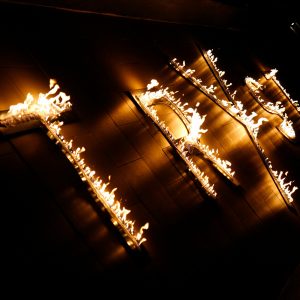 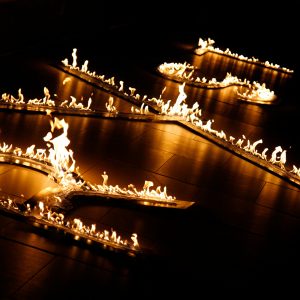 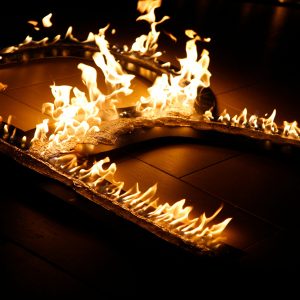